TAMIA PACK®, is an adventure! but nothing is left to chance; an adventure with a solid foundation.

TAMIA PACK was the result of an experience and an idea.

Its main shareholder is ASUR Plant Breeding, a creator of cereal varieties and a seed producer based in the French Oise area. Its shareholders are an association of German seed companies: Saaten Union, together with three French farmers cooperatives.

In addition to its plant breeding activities, ASUR Plant Breeding is working on several types of innovative technologies aimed at improving the efficiency of seed production processes by staying a step ahead of societal, climatic and regulatory constraints.

To ensure the success of the project, ASUR Plant Breeding, with all its seed expertise (in terms of both business and genetics) joined forces with companies at the forefront of their respective technologies:

SAFET’HY® Process is the result of this tripartite partnership.

SAFET’HY Process was quickly put to the test in the Spring of 2016 when it was called on to protect and preserve nearly 6 500 T of surplus seed harvested in 2015. It was a complete success. It demonstrated its ability to work on an industrial scale and the last batches of that seed were marketed during the Summer of 2019 with the same germination rate as newer seed to the delight of farmers.

Not known when the program was first launched, the value added of the SAFET’HY Process was that it also protected seed and grain against insects and rodents without the need for insecticides or rodenticides. The former die after a few weeks and the latter no longer attack the big-bags as they emit no odor. Hence, the SAFET’HY Process represents a new and interesting solution for all seed and high environmental value grain producers, especially organic producers.

In view of the interest sparked by the SAFET’HY Process and its prospects for international development, a survey of leaders in the world of seeds and organic and conventional grain was conducted in May 2019. Following are the main lessons learned:

Results of the study made by Care 4U in May, 2019 among 37 leaders in the world of seeds and edible seeds.

• More than half of managers are dissatisfied with their current method of preservation and are even more worried about the future.
• 80 % of managers say they are tempted by the SAFET’HY process and 65% want to test the process already.
• More than 75% of them want quick contact with the TAMIA PACK team.
• 90 % encourage the creation of a specialized entity to promote the SAFET’HY Process: birth of TAMIA PACK.

TAMIA PACK was founded in September 2019. It has a light administrative structure and is entirely devoted to the technical and commercial development of the SAFET’HY Process targeting the agricultural and farm-related markets. TAMIA PACK is chaired by Guillaume de CASTELBAJAC, Frédéric ROUSSEAU is the Chief Executive Officer and Guillaume SAGER the Chief Operations Officer. Sylvie DISCONTIGNY contributes with her expertise in sales administration. Emmanuel Sterlin and Marie Despierres provides TAMIA PACK with marketing and communication support. 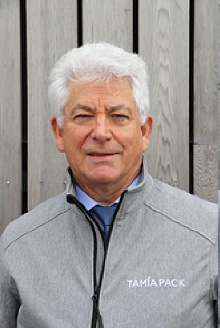 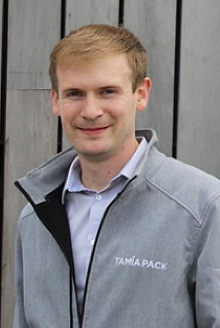 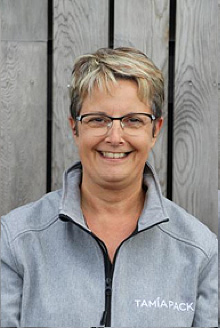 TAMIA PACK also enjoys the support of ASUR’s Technology department led by Jean-Benoît Sarazin with the help of Christian Cathala, both developers of the SAFET’HY Process.

Although TAMIA PACK engages in an independent activity, it has inherited a seed-related DNA and the ability to adapt to industrial standards.

Coming from the seed industry is an important asset as it enables us to understand our customers’ needs and constraints because we have also experienced them. We speak the same language. We too have put on our boots and overalls, walked along the furrows and cupped grain in our hands… in short, we work with living matter and share the same setting as our customers.

Pragmatic, inquisitive and in step with the developments of our working environment, the TAMIA PACK team is both rigorous and enthusiastic in building a turnkey solution specifically tailored to your processes.